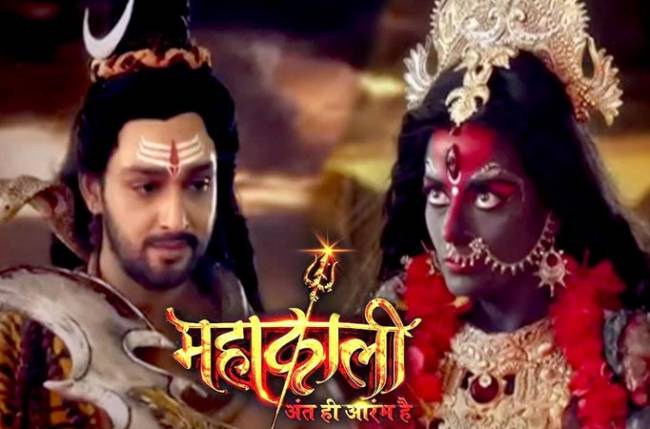 The coming episodes of the Swastik Productions’ mythological Mahakali that is aired on Colors will have a lot many stories to tell about the goddess and her forms!

Earlier in the episodes, we have seen Maal and Mani and their trysts with Kauri Devi. This week, the episodes will delve deep and we will be introduced to the Matangeshwar swaroop of Lord Shiva!

After Ganesh and the other Devtaas will return crestfallen because they were unable to get Parvati back, Shiva will assure them that they should not be upset because he will visit Matangi himself.

He will then meet her as a bhikshuk (a beggar) and so do the others.

That’s when Matangi Devi will take her Mahakali avatar and Shiva will ask him to transform into her Parvati swaroop.

When she will do so, she will sense something awful! It will be the sense of another woman!

Yes, Parvati has sensed another woman with Shiva. Bhole Baba will then reveal that the lady she is sensing is none other than Ganga whom he has trapped in his dreadlocks (Jata). Parvati will get very angry and will vow not to come back. That’s when Shiva will urge her to not let her anger overpower her.