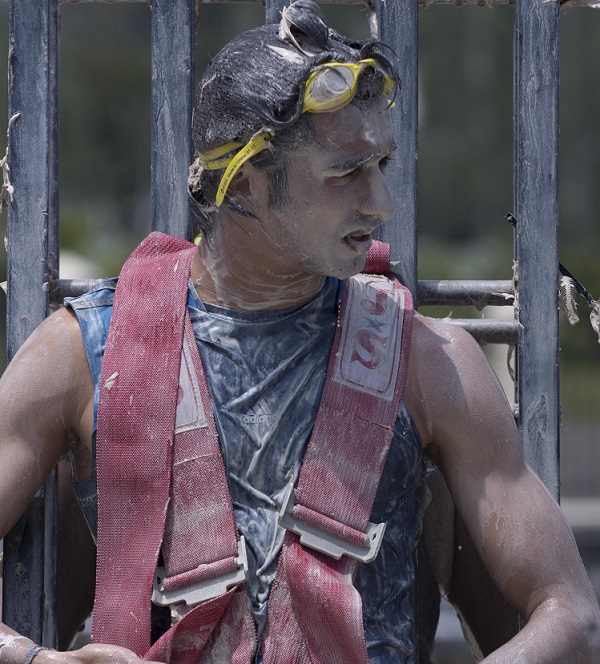 And that task will be telecast this weekend.

Colors’ Khatron Ke Khiladi: Pain In Spain has been enthralling the audience so much that the show has claimed the top spot in the TRP charts consecutively.

And currently as well as last week, host, Rohit Shetty introduced the head-on stunts concept, where two khiladis would compete head-on and the winner would be clearly declared.

This weekend, we will be witnessing head-on stunts between Shantanu Maheshwari- Rithvik Dhanjani and Nia Sharma-Hina Khan.

We got in touch with Shantanu, who spoke to us about his stunt and recalled how his stunt (of picking up dead chickens from filthy waste water) made him absolutely sick!

Called as the ‘silent killer’ by host Rohit Shetty for nailing every single task of his, Shantanu’s task with Rithvik Dhanjani, required him to go in and out of dirty mucky clay mixed with water, that was filled with dead chicken bones, wings and pieces. The contestants had to remove as many pieces of the dead chicken they could.

Revealed Shantanu,”It was honestly the grossest task I had done from the whole lot! Picking up those dead chicken from that extremely stinky, filthy, mucky water was unbearable. To top it all, the muck water was filled with filled with dead chicken wings, bones and pieces. The task made me totally sick post after performing it.”

He continued, “It gave me a bad fever, cold, cough and my whole body was just out of sync for the next few days. There was clay coming out from my nose even days after the task was over.”

“When I think back at me going into that filthy water, it gives me the creeps even now,” said the lad.

A source close to the show also revealed that host, Rohit Shetty who was quite impressed with Shantanu’s stability through all the stunts, had gone out of the way to enquire about Shantanu’s health as well after learning about Shantanu falling ill post that particular stunt.