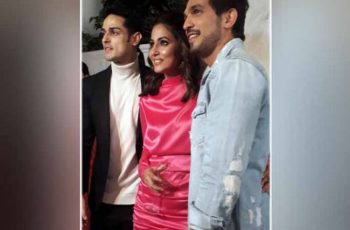 The actress along with her boyfriend Rocky Jaiswal recently visited the sets of the cooking show, Kitchen Champion, which is hosted by Arjun Bijlani.

In a promo that has been shared by the channel, Hina can be seen challenged to make a round roti. She confidently said that she will nail this challenge as it’s not really a big deal. However, she failed at it miserably. She ended up making a weirdly shaped roti. Her funny roti made Arjun and Priyank troll her.

On the acting front, Hina Khan is currently seen in the hit show, Kasautii Zindagii Kay. For the first time, she is playing the role of an antagonist, and she is nailing her character of Komolika in the show.