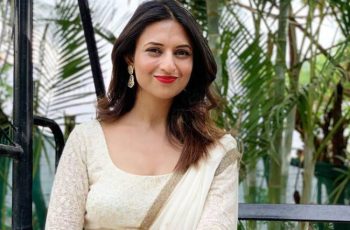 Divyanka Tripathi Dahiya is one of the most popular television actresses. She has been entertaining audience with her TV work and fans love her for her acting chops. She has a huge fan following and she is also admired for her style statements. The actress, who is currently playing the lead role in Yeh Hai Mohabbatein, is gearing up for her digital show.

The actress will be seen in ALTBalaji & ZEE5’s upcoming web series, Coldd Lassi Aur Chicken Masala. She’ll be seen playing the role of a chef named Nitya. Speaking about her preparation for the role, Divyanka said to media, “My character Nitya is an impulsive yet a versatile modern woman. One who believes in love and commitment but also takes a stand for her self-worth and respect when need be. Honestly, the demeanor, the shades of the character were very different from my true self. I knew I had to completely absorb the character to play it to perfection. So to look my part, I first chopped off my hair. My long hair has always been my pride but I knew this character needed some sacrifice to be mine (laughs). I did feel weird at first and with shoulder-length cropped hair and felt something missing. But when I got so many compliments from everybody around I felt more confident and at peace. Change in hairstyle can add or change a lot in your personality. I then felt I have started to enter Nitya’s skin. Pradeep Sarkar really helped me understand the various shades of the character and her graph and the audience will witness the varied range of emotions as the story progresses and the plot unfolds. Also, wearing western outfits was a refreshing change and by the response I have been getting, I think even the audience has liked me in this new avatar.”