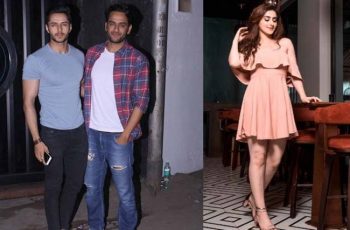 Vikas Gupta’s brother Siddharth and television actress Dianaa Khan are making headlines for their personal life. They were reportedly quite close, but now they have gone separate ways. The two are not even on talking terms.

They both admitted that “they are not in touch at all”. However, they claimed that “there was no special relationship ever between them. Siddharth also divulged that the project Dianaa and he were working on did not see the light of day.

Dianaa Khan was formerly seen in Sunny Deol’s Ghayal Once again and TV show Parvarish 2. She is now playing Shayra in Bahu Begum.