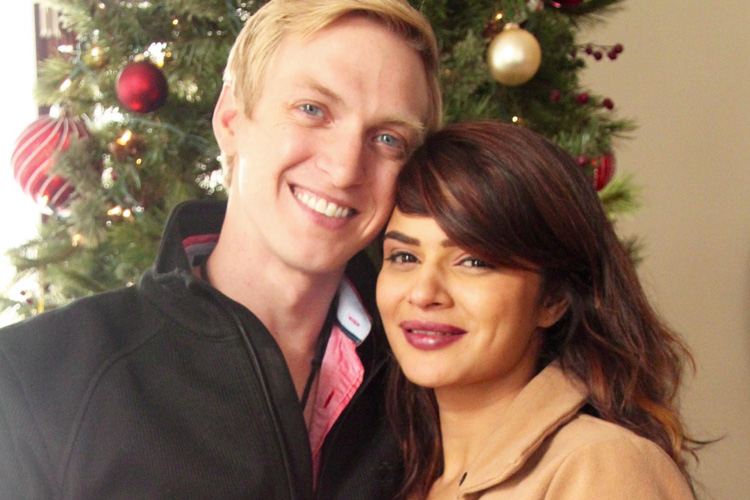 Her beau, Brent Goble is now her fiance..!!

Actress Aashka Goradia, currently seen in Naagin 2, had a dream proposal and the actress is now engaged to boyfriend Brent Goble. Apparently Brent had been planning the proposal and it was oh so very difficult for him to hide it from Aashka! But Brent managed to do so, as he went down on his knees and asked her to marry him three days ago – this past Christmas. And yes, the day is special and was chosen with a significance as in the USA, Christmas happens to be the most special holiday of the year spent with family and loved ones.

India-Forums caught up with Aashka, who is currently celebrating this special phase and is still in the USA. We could feel the excitement, positivity and even the glow, without seeing her, where she started the conversation by saying, “How am I going to express how I am feeling? Its just beyond putting down in words! I am in such a happy world surrounded by so much love! But yes lets start…”

And so we quizzed her about Brent and how she knew he was the one to which Aashka said, “I realized he is the one on the last day of my first trip when he told me in front of his parents that he wants to move to India to make our relationship work. He packed and unplugged all he could and straight headed out to ‘Aamchi Mumbai.'”

Elaborating about the proposal she tells us that her beau chose to propose in front of the family and that she had expected this bit. Aashka says, “Knowing how Brent is, how beautifully he holds family values and how deeply he is connected with his family, I knew it would be around his family, but had no idea on how he would, but when he did…I was speechless! I lost my voice and so his parents had to say that we need to hear the ‘YES’ louder!”

Ask her about his decision to move to India, which of course is a very difficult one and Aashka says, “I feel his decision to support me and start a new adventure in India, makes me realize that equality is in action and not in words. He appreciates my accomplishments like no one ever has, and I only see this leading me to more growth.”

And while the actress has had a quintessential American proposal, we are sure there’s an Indian ceremony too happening. Aashka says, “We are soon going to have an Indian engagement ceremony. Since he is American, he popped the question and on my yes’ we are engaged and that’s how its done in his side of the world. But both of us also want to have an Indian traditional ceremony with both our families and loved ones. ”

And before we let her go off to sleep as she’s in an opposite time zone, we ask her to connect us to Brent. How did he manage to hide this surprise from her? Brent takes over her phone and tells us, “Oh, it wasn’t easy as she’s a curious mind. Aashka knew I was up to something big in preparation and to be honest, I thought she mad my plan foiled and was just playing along’. But in that moment, where I gave her the box and watched it register on her face…it’s a feeling that no words can describe. I got my moment of bearing my soul to the woman I love. And she said YES. It was the happiest moment of my life!”

It sounds just like a fairy tale to us! India-Forums wishes the couple all the very best for the future and these two are definitely giving us some major relationship goals! #AashBrent