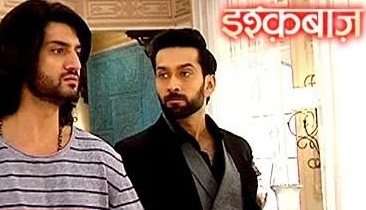 While on one side, Shivay has asked Anika for a divorce, the show will tune the drama quotient a notch higher…

While on one side, Shivay has asked Anika for a divorce, the show will tune the drama quotient a notch higher in Ishqbaaz!

The mystery girls or rather the ‘Nafratbaaz’ are at their peak to wreck havoc in the Oberoi mansion. Shivay has got a hint of this and is plotting a fake divorce in search of the truth. On the other hand, he has also come to know that Omkara is the illegitimate son. Shivay vows to never let this truth come in the way of his worthy relationship with the lad.

In the upcoming episodes, Tej will ask Omkara to get married to a girl of his choice so that he could also profit in terms of a business merger. Omkara isn’t such a man who will do anything for money and business thus decides to leave Oberoi mansion.

This will worry Shivaay and will support Omkara’s decision to not get married merely for a business alliance.

A source informs, “Shivay will advice Omkara not to leave the Oberoi mansion but he will fail. However, Shivay supports his brother’s decision to not get married for the sake of business but here, Tej will taunt Shivay as to why would he not support him as Shivay himself was planning to get married for the same reason.”