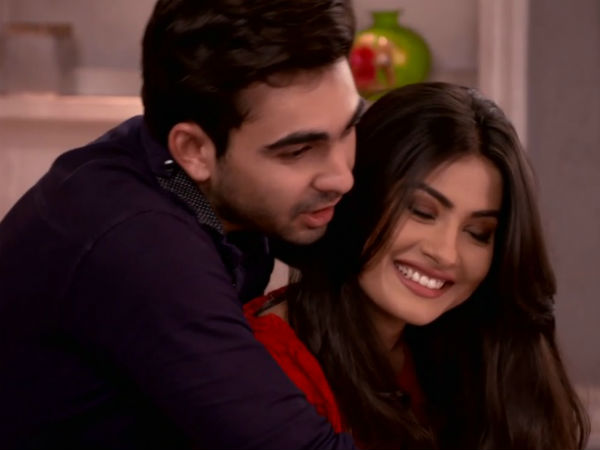 Star Plus show ‘Yeh Hai Mohabbatein’ has been trying various tools to get the show back on the TRP charts. In an attempt to do the same, the show will now roll out an interesting track ahead pertaining Aliya (Krishna Mukherjee) and Adi (Abhishek Verma).

Due to the constant fighting between Adi and Ruhi (Aditi Bhatia), Mani (Sumit Sachdeva) gives Adi a project to prove his skills. Aliya wants to help Adi and therefore the two leave for a village named Khandpur, where Adi is supposed to get the work done.

The sarpanch along with other members, break into their house because they disapprove of a guy and girl staying together before marriage. Given the orthodox and backward thinking of the villagers, the duo lands up in trouble as the panchayat decides to punish Aliya and take her away.

However, in an attempt to save Aliya from the punishment, Adi reaches on time and the duo is forced to get married. Raman (Karan Patel) and Ishita (Divyanka Tripathi) reach just on time and sort the entire issue out.

What will happen next? How will Raman and Ishita react to this?