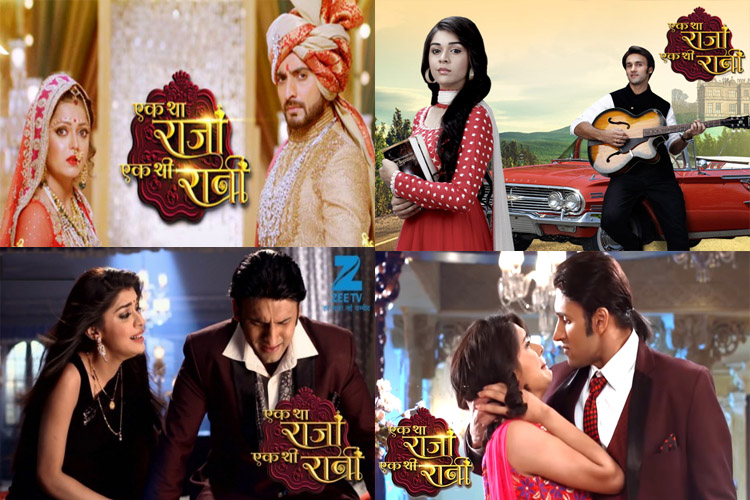 The show finally calls it a wrap.

Zee TV proudly launched the show, ‘Ek Tha Raja Ek Thi Rani’ back in July 2015 with actors, Drashti Dhami and Siddhant Karnick playing the lead roles. Soon, both Siddhant and Drashti quit the show which was followed by a second season introducing actors, Sartaj Gill and Eisha Singh as the new leads. And finally, a third season was also introduced recently, with a revamp of the plot continuing Sartaj and Eisha as the leading faces.

The show has had its share of ups and downs throughout the process, witnessing respectable ratings at different intervals. However, according to a leading news daily, the discussions have happened and the decision has been taken that ‘Ek Tha Raja Ek Thi Rani’ is set to go OFF-AIR from 28th April 2017.

Yes! That’s right. The show has decided to call it curtains after three seasons and a run of a year and nine months. According to sources, the decision has been taken not due to the ratings as they haven’t really been discouraging but the idea was not to stretch it further.

We contacted Sartaj, who said, “It came in as a surprise to us too that the channel has decided to pull the show off-air. We did not have low ratings and were doing fairly good.”

We asked about the connection between the introduction a new season and the decision to go off-air being taken, to which Sartaj said, “There are just four characters in the show primarily. All the possible angles and storylines pertaining those four characters have already been practiced. Hence, now that I think of it, the channel must have decided to not drag it further and end it on a good note.”

We asked Sartaj about his journey in the show and he said, “The journey has been absolutely phenomenal. When Eisha and I entered the show, there were plans of the show being shut. However, in contrast, the ratings boosted and we got so much love and appreciation for it. So, that was a proud moment for me and I couldn’t have had a better time.”

Finally, we asked him if he is considering offers already and he answered, “Well, I am planning to take a break for a while and relax. I would probably be travelling North and once I am back I will be considering offers and shows. So, Yes, need everyone’s wishes and I will be back on the screen soon.”