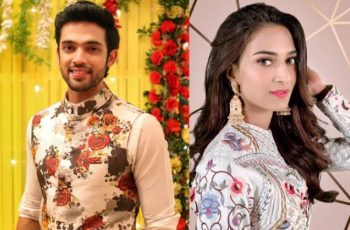 Parth Samthaan and Erica Fernandes create magic on television by playing the roles of Anurag and Prerna. They look wonderful on-screen, and their chemistry is applaud worthy. Probably that why there were rumours about the two dating each other.

Neither Parth nor Erica has admitted to this, and apparently, they have also broken up recently. While we do not know whether they were dating, what we do know is that Erica has now found new love!

Don’t believe us? We have a proof! The actress cannot stop adoring the little Ravie Kapoor, who is Ekta Kapoor’s son.

In other news, Erica will soon make her digital debut. The actress will be seen in Vikas Gupta’s next. Ekta shared a picture with Vikas and her on social media and captioned it, ‘He mad n he is creative …n knows the youth like no other ! The craziest script with d best characters ! Veryyyyyy soooooon #ericawillbewebbed.’