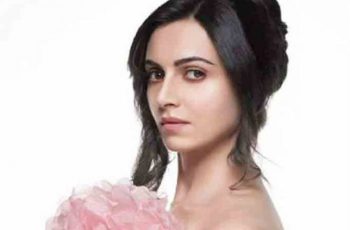 The stage is set for America’s famous professional league, National Basketball Association (NBA) to debut In India. The matches between the teams will be hosted in Mumbai. The management hopes that with NBA debuting in India, young boys and girls and basketball stakeholders will get an opportunity to experience the thrill of the game and basketball will get promoted and represented on a better level. Indian actress and host Simran Kaur Mundi has been selected as the first world presenter at NBA India games. Simran is the first Indian actress to represent the country at NBA India games.

In an interview with India Forums, Simran shared her excitement for NBA Games, “It feels great and I’m ecstatic, amazed and excited about it. There’s so many emotions running through me. I presented live in almost 260 countries at the same time. It’s a very big opportunity and I’m just glad to be here and be a part of India and to represent India at global level.”