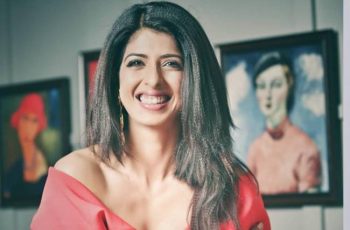 Aishwarya Sakhuja is a popular TV actress. She has been part of shows like Saas Bina Sasural, Trideviyaan, Sarabhai Vs Sarabhai: Take 2 and Chandrashekhar. The actress is now all set to make her debut in Bollywood with upcoming film, Ujada Chaman.

Speaking about her role in the film, Aishwarya told India Forums, “Well, I shot for it a few months back and my character as seen in the trailer is that of a professor. It’s something very different from what I’ve played earlier and this will mark my debut in Bollywood so I’m very excited about it. I cannot reveal details about my character yet but people will love it when they will see me on screen.”