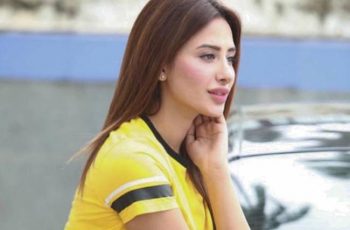 Mahira Sharma acted in the popular supernatural soap, Naagin 3. Currently, she is seen inside the Bigg Boss 13 house.

There were reports that she was dating actor Abhishek Sharma, who played the role of Hrithik Roshan’s younger brother in Kaho Na…Pyaar Hai and was last seen in Vikram Bhatt’s web series, Faceless and Eros Now’s My Name Is Sheela. Reports further suggested that they broke up before she entered the house.

However, Abhishek has denied the reports. Speaking about their relationship status, Abhishek told SpotboyE.com, “We were just good friends. Mahira and I have worked in a show called Y.A.R.O Ka Tashan and at that time we were pretty close to each other. Not just her, but I was close to other actors as well. We had a big friend circle at that time including Malini Kapoor, Anirudh Dave, Dheeraj Gumber, Jayshree Soni, Manoj Bajpai. But now we all have separated, I haven’t been in touch with all of them.”

When asked if he had any idea that Mahira is entering Bigg Boss 13 house, the actor said, “I was in the US at my sister’s place and have just come back to India. Hence, I had no idea that Mahira is participating in the show. This came as news to me as I don’t even follow the show so religiously.”