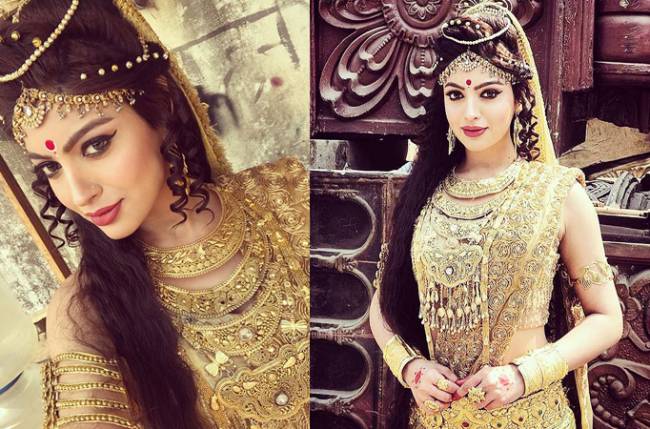 MUMBAI: We have heard numerous stories of actors pushing their limits to ensure that they give their best performance on screen. At times, they shoot for extensive hours before calling it a day. Recently, Akanksha Puri, who essays the role of Parvati in Vighnaharta Ganesha, shot for 48 hours straight for the Nav Durga track!

Parvati as a Goddess has multiple avatars. In the upcoming track, Akanksha will portray the 9 different forms of Nav Durga. All the avatars had to be shot within a short span of time. The entire team of 8 to 10 makeup artists and technicians were geared up for the challenge! As the shoot commenced, the entire team swung into action and ensured that Akanksha was ready for each shot in a matter of minutes!

When contacted, Akanksha confirmed, ‘It’s been a fantastic experience. It was wonderful to see how the energetic crew rallied together and best efforts were put in. We successfully completed 9 different roops in 48 hours. This also was in conjunction with the upcoming track of Nav Durga. I am really happy that I was chosen to play Parvati. Which other show would offer such a stupendous chance to an actress! Our show Vighnaharta Ganesha recently completed a year of shoot, and I hope the show shall continue to receive the audience’s love and warmth.’