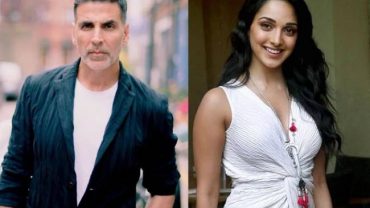 Akshay Kumar starrer Laxmmi Bomb is a much-awaited film. Fans of the star are eagerly waiting for its release. Now, according to the latest update, it seems the film will not release in theatres for obvious reasons.

Well, to ensure social distancing even after the lockdown is over, the theatres are going to remain closed after 3rd May due to the outbreak of coronavirus. But seems like, makers will wait no longer to hold back their ready-to-release films. Every now and then we come across the reports of filmmakers in talks with OTT platforms of being thoughtful of releasing the films on digital platforms. Akshay Kumar will reportedly be the first superstar to consider taking a shift from theatre to OTT platform. If Mid-day’s latest report is to be believed, the makers of Laxmmi Bomb are in talks with Disney+Hotstar to procure the release rights of the film.

Confirming the news, a source close to the development revealed to Mid-day, “Akshay, director Raghava Lawrence and the producers are discussing the offer. There’s a lot of post-production work left on the movie, including editing, background music, mixing and VFX. Since the team is working from home, the process is taking longer than usual. However, the makers are hoping to have the film ready by June. Although currently, the lockdown is on till May 3, theatres may continue to remain closed to ensure social distancing. In such a scenario, the team may consider having a direct-to-web release.”

The source further told, “Akshay wants to make sure none of the invested parties makes losses, and that the movie reaches a wide audience. While Disney+Hotstar ensures a worldwide reach, making the film available across small towns in India will be a concern for them.”

Laxmmi Bomb headlined by Akshay Kumar also stars Kiara Advani in the lead role. The film, which is at its post-production state, was earlier slated to hit theatres on 22 May.