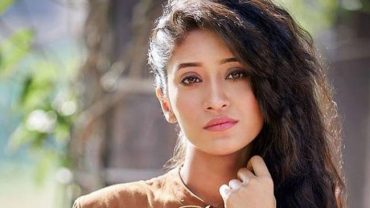 Shivangi Joshi is one of the most popular television actresses. She has impressed the audience with her acting chops, good looks and style statements.

The pretty actress is missing shooting for Yeh Rishta Kya Kehlata Hai and her happy days in Mumbai. Yes, in a chat, Shivangi had opened up about how badly she wishes to be back at work and in the city of dreams. The actress is currently spending her time in quarantine with her family in Dehradun. While she is hoping that the Coronavirus scare ends soon and the lockdown ends soon, Shivangi is making the most of this sudden holiday.

The actress is exploring her creative side, doing household chores, and also interacting with fans. Shivangi enjoys a massive following on social media. Though Shivangi is refraining from using social media during her quarantine to indulge in productive activities, she never fails to impress her fans. The diva dropped in a delightful picture on her Instagram handle. In the photo, Shivangi looks charming as she flashes her beautiful smile while posing in front of the camera.

The pretty face is seen dressed up in cool casuals and looks delightful. With curly open traces and fresh makeup, Shivangi looks cute as a button. Not only her fans, but her friends from the Telly world also went berserk over her cuteness. Sanjivani star Surbhi Chandna and Yeh Rishety Hain Pyaar Ke actress Kaveri Priyam called her a ‘Cutie’. On the other hand, Shivangi’s BFF and former YRKKH co-star Lata Saberwal called Shivangi her ‘Pretty baby’. Her fans also couldn’t stop gushing over her cuteness and tagged her as a ‘doll’.