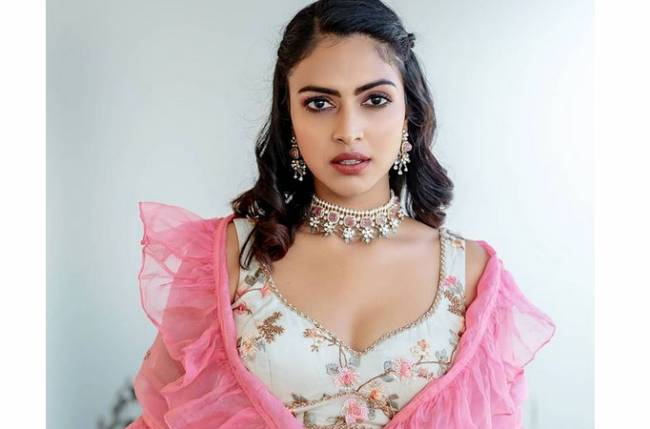 Actress Amala Paul started her acting career at 17. Ever since, she has proved her mettle in Tamil and Malayalam films. Nearly 12 years into the profession, as she gears up for the release of her Telugu web series “Kudi Yedamaithe”, she reflects back on her journey and feels it is about time she separated her personal and professional lives.

“I am what I am. I came into the industry when I was 17 and whatever I have gone through personally reflected in my work and vice versa. I cannot take one out of the other or maybe I didn’t know the art of separating the two. I can say that about myself until 2019,” she said.

Amala continues: “But 2020 has been a very enlightening year for me. When I was going through my father’s death in a very conscious way, it was a very introspective phase for me. I had this realisation that I felt very naked. I felt like an open book. I had this realisation that I don’t have anything as my own, as my private life and everything was out there. I felt like my life has been misinterpreted beyond anything I could have done.”

Having spent over a decade in the film industry, Amala, who was earlier married to director AL Vijay, has learnt how to deal with the constant interest people have in her personal life.

“When I look back, I do feel bad about it but I also have the wisdom to understand that I don’t have any control over these things, and when I don’t have control over these things, I can just gracefully move ahead in life. I also understand that this is part and parcel of this job and there is a social responsibility that I have. It’s not just me, that is how some things are the way it is,” she says.

“I realised I have a choice I didn’t know about earlier. Now, I am working on separating my private life from my work life. That is the art that I am practicing and I really want to. Before I never felt it and I was quite open about what was happening in my life. Now, I realise that may be the spirit in which I was sharing that or my intention was not received as it was,” she adds.

“Everyone is in different stages of their lives and I was hoping that they can understand how I am perceiving it. I have reached that point in my life where I am comfortable not sharing so much,” says the actress, who has also shot for a Hindi web series but is awaiting its release.

Amala will be seen in the Telugu series “Kudi Yedamaithe”, in which she plays the role of a cop named Durga.

The actress says she has played the character effortlessly as opposed to being very harsh on herself like in earlier times.

“An interesting thing about this project for me is that, usually I have a tendency to overprepare. I experiment too much with my roles and that has been draining me. So, with this character I have been thinking how I can make this character effortless,” she says.

“During last year’s lockdown, a lot of introspection happened. I just wanted to intuitively follow the artiste in me. I knew Durga and there were many script reading sessions. I knew her job, her economical condition. I knew I was going to meet her. I just wanted to organically meet the character without creating it in my head and it turned out to be beautiful,” says the actress about her role in the Aha original series.