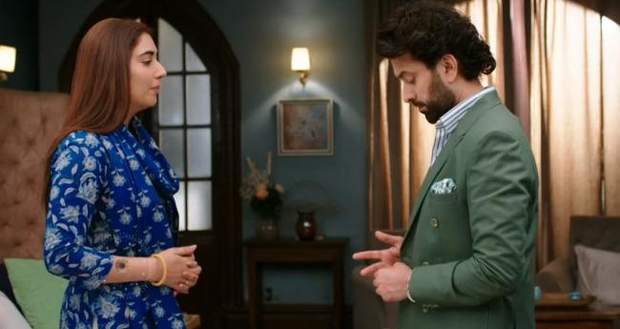 MUMBAI: Sony TV’s show Bade Achhe Lagte Hain 2 is constantly high on drama which is happening in the Kapoor house.

Just when the viewers think that everything is going well between Ram and Priya, they introduce a twist.

Ram and Priya spent a night together in the Kapoor house.

Ram wanted to know what Priya feels about him and he mixes alcohol in her kadha.

However, this doesn’t go well with Priya and she lashes out at Ram for this.

Priya also breaks Ram’s heart by saying that she doesn’t feel anything for him.

While Ram and Priya shared an emotional moment, netizens are divided into two opinions for this track.

Some feel what Ram did with Priya was not right while some have a different opinion on this.

Meanwhile, Priya was not able to showcase her true emotions even after being drunk which did not go well with the viewers.

Some of them have tagged Priya as ‘COWARD’.

Well, Ram and Priya’s relationship is at stake once again.

They were trying to mend their differences for Pihu’s sake.

What will happen now? Will Ram and Priya be once again at loggerheads? Will they reunite for Pihu? Tell us in the comments.