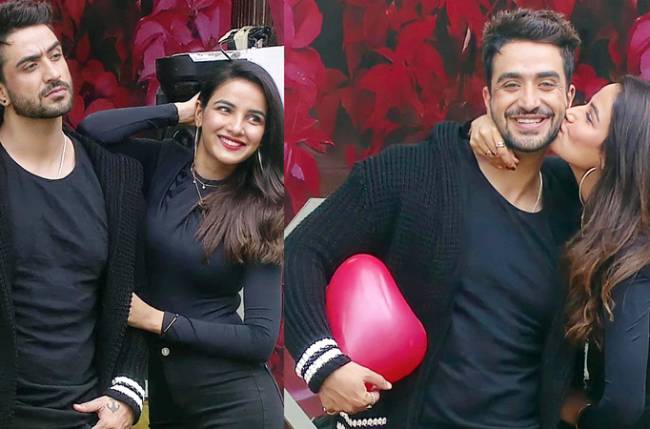 The families of evicted Bigg Boss 14 contestant Jasmin Bhasin and her boyfriend and fellow housemate Aly Goni will discuss their marriage after the latter returns from the reality show. Jasmin informed about their wedding plans while chatting with fans on Twitter on Tuesday during an #AskJasmin session.

Replying to a fan who asked whether she is planning to marry her boyfriend Aly Goni, Jasmin tweeted: “Marriage is a very big decision to be taken by two people. Our families and I are waiting for @AlyGoni to come back and we will discuss it as a family.”

A fan asked Jasmin about the feelings she has for Aly and whether her parents have given consent to their marriage. To this, the actress replied: “It was a beautiful realisation we had inside the house. As far as I know my parents don’t have any issue with it.”

Jasmin also shared that her parents were “very sad and heartbroken”, post her recent eviction from the show. “My father was extremely hurt but that’s very normal. Every father wants to see their child winning,” she wrote in a tweet replying to a fan.

Answering another fan’s question on whether she will re-enter the show, Jasmin shared: “This is the most asked question and I’m here to address it. If the makers would call me back, I would go back for you guys. As I can see how heartbroken you all are by my exit. So yes I would, just for my fans.”

Jasmin also expressed that she is proud to have participated in the reality show with dignity.

She wrote: “I am proud of myself that I played the game with grace & dignity! Mai jitne pyar ke saath andar gayi thi, usse kayi zyada pyar ke saath bahar aayi hun. (The amount of love I received while entering the show, I left the show with a lot more love.) My fans & viewers have showered me with so much love & I am so grateful for that.”