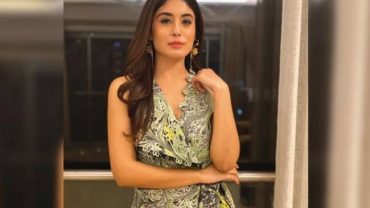 Kritika Kamra is one of the most popular television actresses. She is known for shows like Kitani Mohabbat Hai, Kuch Toh Log Kahenge, Reporters and Prem Ya Paheli – Chandrakanta.

The actress, who made her Bollywood debut in 2018 with Mitron, is quite vocal about the issues that are a matter of concern. Earlier, like many other celebs, the actress also appealed for peace and defeat over hatred post the tragic Delhi violence. She also took to her social media handle and spoke about the Northeast of Delhi, burning in the fire over CAA-NRC. The actress mentioned in her tweet of being heartbroken with the images and stories making its way to the internet. Recently, Kritika took to her Twitter handle and spoke about the MHA guideline which says that all educational guidelines should continue classes through e-learning amidst the Coronavirus outbreak.

Faye D’Souza, a senior journalist, shared a tweet on the same by stating the problems of those houses who don’t have access to WiFi or even smart devices. Her tweet read, “MHA guidelines says all education institutions should continue classes through e-learning. How many children have laptops or devices at home? How many have wifi? Even if a family has one device, which sibling gets to use it (provided parents are not working from home)?”

Quoting the same, Kamra tells how she is struggling to get a decent internet connection in MP. She also mentioned how most of the families in the state don’t have smartphones while also saying this process can work in urban schools. Her tweet read, “I’m struggling for decent internet here in MP. Students of my mother‘s school cannot afford WiFi and no, most of the families don’t have smartphones. They can barely make the minimal fee. The teachers would also need training. This only works for urban schools.”