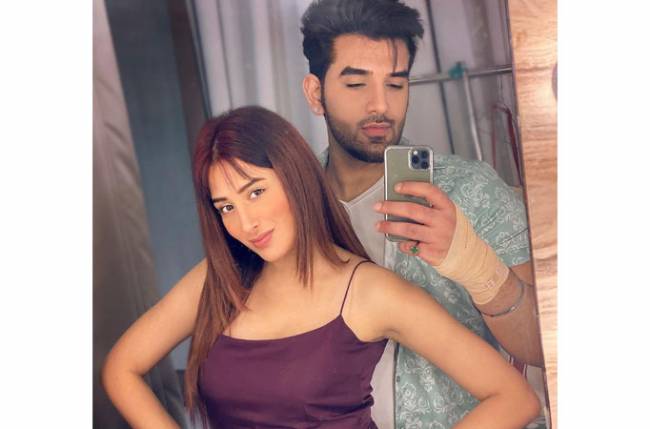 Bigg Boss 13 did extremely well for itself. The show had finally made to the TOP 10 shows when it comes to TRP ratings and that’s because of the content. Every contestant in the show was strong and played the game well.

Paras and Mahira, who are one of the contestants in the Bigg Boss house grabbed the headlines for their proximity in the house.

The duo, from the beginning, had a great rapport with each other and their true friendship stood out in the house where relationships are so fickle and fake.

Paras had made headlines for his clones with Mahira on the show and the famous kisses that he gave her.

The duo has a massive fan following and the audience loves to see their pair together.

Now the two after the show, have been coming together in a lot of music videos.

We came across a video of their Behind the scenes of a shoot the two were doing where one can see both of them having fun together.

In the video, Mahira is seen rehearsing for some dance steps whereas Paras is giving her support and the duo seems to be enjoying the shoot.

Fans have commented on the post saying that they love their pair and they miss seeing them on screen together and many have applauded Paras for his acting skills and they would like to see them in the Bigg Boss house.

Well, there is no doubt that Paras and Mahira’s friendship is way too special and they did leave a mark on the audiences.