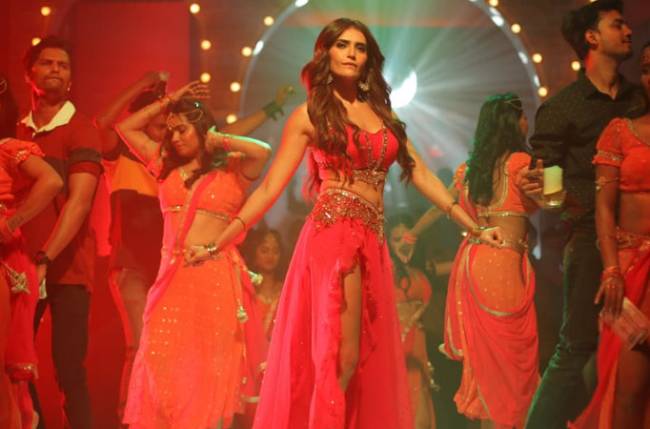 Just like the rib-tickling trailer the first song from the film is full of high-energy, quirk, and a lot of fun. Karishma Tanna, who looks gorgeous in a red number tells us what looks like acting on screen is all real.

“All the madness and energy that you see on screen is all real and not acting. The song is a testimony of the amount of fun we had shooting for it. Manoj sir, Abhishek Banerjee, and I would do a lot of impromptu steps and get a lot of impromptu reactions because there was something different in every take. The candid moments have been captured in its full essence and it reflects on-screen”, said Karishma Tanna.

The satirical lyrics have been written by Danish Sabri, with Javed-Mohsin giving the song the sound of the 90s. The song has been choreographed by Vijay Ganguly.