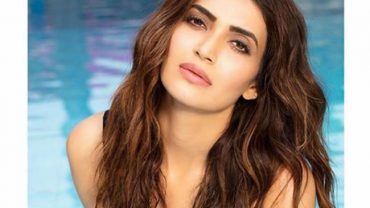 The actress rose to fame with her stint in Bigg Boss where she emerged as the first runner-up.

The pretty lady has a lot of fan clubs dedicated to her where all her fans show a lot of love and support for her.

Everyone did have the craving to go outside and eat and guess what, Karishma had found a way.

We came across a throwback post where she is seen chilling with her mother, she shared an adorable picture of the two and captioned it saying Candlelight pizza dinner wit my date.

Isn’t that sweet! Karishma has always said that her mother is her world and whatever she had achieved now is because of her mother’s support and blessings.

Quite often we have seen how she pampers her mother and keeps her like a queen.

There is no doubt that Karishma is a dotting daughter and her best friend is none other than her mother.