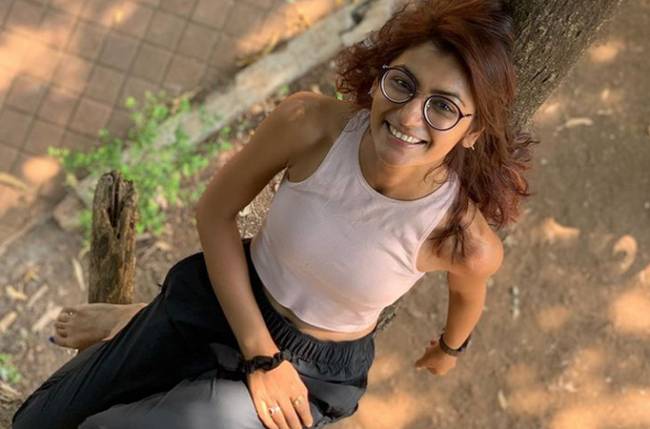 Sriti Jha is one of the most successful actresses on television. She rose to prominence with her roles in shows like Jiya Jale, Jyoti, Dil Se Di Dua… Saubhagyavati Bhava, and Balika Vadhu to name a few.

The actress is currently ruling the television screens with her performance as Pragya in Zee TV’s Kumkum Bhagya, and today, her character has become a household name.

Her on-screen pairing with her co-star Shabir Ahluwalia is loved by the audience, and they are considered as one of the best pairs on television.

Sriti has a large fan following and is loved by the audiences.

Now, we came across a post where Sriti has got a marriage proposal from someone special.

The shooting hours of actors can be tough, and at times, they go for short holidays. Sriti also went for a holiday with one of her close friends.

Sriti’s close friend Saumya has proposed to her and asked her to marry her. Isn’t that a cute gesture?

Well, the proposal was in fun, and the actress shared a photo of the two where Saumya had written, “please marry me Sriti” and captioned it with a kissing emoticon.

She also shared a video where the two are seen singing a song and have a fun time during their holiday.

Well, there is no doubt that Sriti and Saumya give major friendship goals.