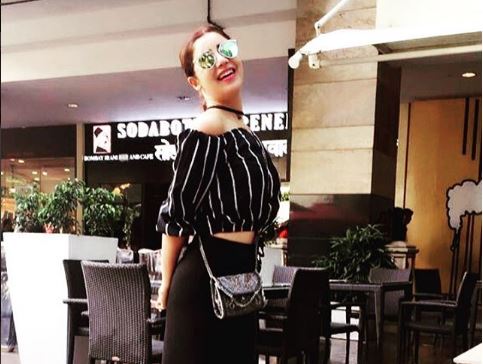 The actress has twisted her ankle pretty bad.

Actress Debina Bonnerjee severely injured herself a few days ago. And to make things worse, the actress was scheduled to perform two days later. However, knowing the professional she is, the actress did fulfill her professional commitments.

We spoke to Debina who told us, ” I was returning from my zumba class and going to the gym. The flooring was completely covered with a rubber mat. I was wearing my sneakers but they got stuck in the mat. Unaware of this, I moved forward and tripped over the may only to twist my ankle real bad.”

Her trainer lifted her and took her to the hospital, where much to the actress’ relief, the doctor eliminated any possibility of a fracture. The actress also underwent rigorous physio sessions for two days so that she would be able to perform.

Says Debina, “Surprisingly, neither did I, nor did anyone else realize that my ankle was hurt. The performance happened without any sort of glitches. However, later, the pain has reached such a level that I am feeling feverish now.”

Debina’s better half, Gurmeet Choudhary was by the actress’ side in the time of her need. And Debina shared a very hilarious video of the same.