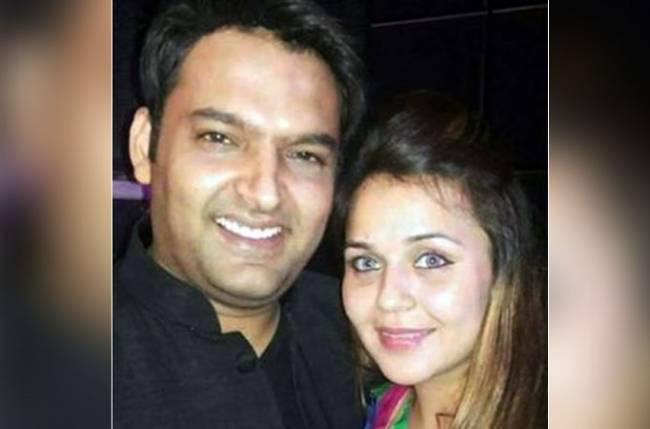 MUMBAI: November and December seems to be wedding time for a lot of celebrities. Deepika and Ranveer grabbed all the headlines recently. Next up is Priyanka and Nick’s wedding that will take place on December 2nd. Ace comedian Kapil Sharma is also set to tie the knot.

Kapil was once rumoured to be in a relationship with his creative manager for Comedy Nights With Kapil and The Kapil Sharma Show, Preeti Simoes, before things turned sour and the duo parted ways professionally and personally as well. Kapil then threw a googly at his fans when he introduced his fiancée Ginni Chatrath on Twitter, which both surprised and shocked his fans.

A few weeks ago, Kapil announced that he would be getting married to Ginni on December 12th in Jalandhar, Ginni’s hometown. Kapil said that he wanted to have a low-key wedding, but since Ginni is the only daughter, her family members want her wedding to be grand. Kapil can totally understand their sentiments and his mom also wants the wedding to be a lavish one.

The details of their lavish 4-day wedding ceremony have now been revealed. According to a leading media portal, the celebrations will kick off with a Mata Ka Jagran at Kapil’s sister’s residence on December 10th. This will be followed by the Mehendi and Sangeet ceremonies at Ginni’s place the next day. A five-star hotel has been booked for the big fat Punjabi wedding on December 12th. It will be followed by a reception party on December 14th at another five-star in Amritsar.

Post their Amritsar reception, the couple will head back to Mumbai, where Kapil will start filming for The Kapil Sharma Show December 16th onwards. Some reports also suggest that Kapil and Ginni will host a grand reception for their friends and colleagues from the industry on December 24th, a day prior to Kapil’s television comeback, which has been slated for December 25th.