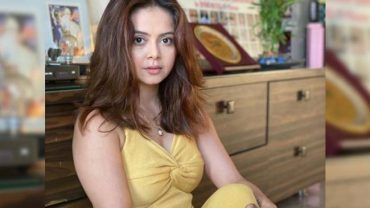 Devoleena Bhattacharjee is quite active on social media and keeps updating her fans on her life. The actress touched the heights of popularity after taking part in Bigg Boss 13. Her funny banters with few housemates and fights during tasks totally grabbed all the limelight during some of the episodes.

Unfortunately, she had to leave the show halfway owing to a serious back injury. Her fans rejoiced once again when she made a comeback as Rashami Desai’s connection in the controversial show. No one can forget her fight with Vikas Gupta during one of the tasks which required the participation of both the contenders and their connections. Devo’s popularity has not faded a bit even after the end of the show and many instances prove the same.

As we speak of this, the actress has wished all her fans on the occasion of Bohag Bihu through a sweet Instagram post in which she has written, ‘Happy Bihu’. As we can see in the picture, Devoleena has also prepared some delicious jalebis at home to celebrate the festival that marks the beginning of the Assamese New Year. For the unversed, the Bengali beauty hails from the beautiful state of Assam.