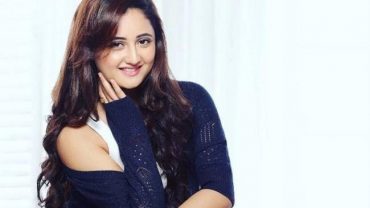 Rashami Desai made headlines throughout her stint in Bigg Boss 13. Be it her fights with Sidharth Shukla or her friendship with Asim Riaz and Devoleena Bhattacharjee, the actress frequently grabbed eyeballs. However, Rashami’s journey wasn’t smooth. She had her ups and downs, which she ultimately overcame. While her friends were always to support her, there was someone else who kept guiding her and motivated her to be strong. While he schooled Rashami for her wrongs, he offered her a supportive shoulder when she broke down. Yes, we’re talking about none other than BB 13 host Salman Khan.

Salman Khan has hosted the controversial show for 10 years now. Every year, he is lauded for handling the contestants with calmness, and showing them the right path. In BB 13 too, Salman gave his best shot and tried to manage each housemate in his own way. Recently, Rashami opened up about her BB 13 journey and her experience working with Salman on the show. Well, this was not the first time that Rashami shared the screen with Salman. She also did a detergent powder advertisement with the Being Human star and was seen in a small cameo in Dabangg 2 during the song Dagabaaz Re.

The actress said that Salman Sir has been like a guardian angel in her life. She revealed that when she was going through an extremely tough phase back in 2016, she was struggling to make a comeback. She wanted to re-start her career and work again but was facing some difficulties. During that difficult time, Salman Sir extended his support and helped her. She added that she had only heard people praising him for his big heart, but he truly is a king.