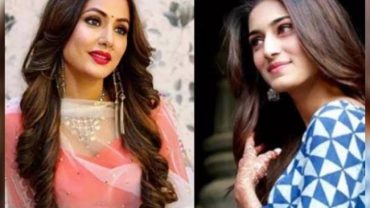 Erica Fernandes became a household name with her debut show Kuch Rang Pyaar Ke Aise Bhi. The show aired on Sony TV and she was paired opposite Shaheer Sheikh. The duo’s pair became an instant hit among the viewers. Since then, there has been no looking back for the actress. With her hard work, Erica has become one of the top actresses of the small screen.

Currently, she is seen in Kasautii Zindagii Kay alongside Parth Samthaan and the show has been receiving a great response from the viewers.

We all know Erica shares a great bond with her former Kasautii co-star Hina Khan. The Yeh Rishta Kya Kehlata Hai fame actress had played Komolika’s role in the show and fans simply loved her for it.

During one of her live chat sessions with Sidharth Kannan, when Erica was asked to describe her Kasautii co-actress Hina in one word, the actress described her as ‘Sherni’. Well, we really think Erica had the most appropriate word to describe Hina as she is truly fearless like a tigress.

Though Hina was part of Kasautii Zindagii Kay for a few days, but she definitely managed to impress everyone with her performance.