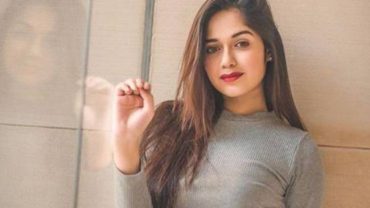 Jannat Zubair is a popular actress of the small screen. The actress has come a long way in her career. Jannat started her career as a child artist and today, she is ruling viewers’ hearts with her talent.

The Phulwa actress has several achievements to her credit. Jannat is the first and the youngest celebrity of the telly world to have such a huge fan following on Instagram. Currently, she has a whopping 16.8 million followers on Instagram.

Not just this, Jannat is also quite popular on YouTube. She started her YouTube channel four years ago and enjoys a massive fan following here as well.

Every video of the actress has received a great response from the viewers. Her YouTube videos have also trended on the top spots several times.

Amid the lockdown, Jannat has been extremely active on YouTube and shared several videos.

During her recent conversation, Jannat revealed that her resolution for 2020 was to focus on her YouTube channel. She aimed to make it more active by posting more and more videos.

The actress had made a promise to herself to execute her plan, and we must say she is living up to her promise brilliantly. In fact, her fans have been appreciating her creativity and enjoying her videos.