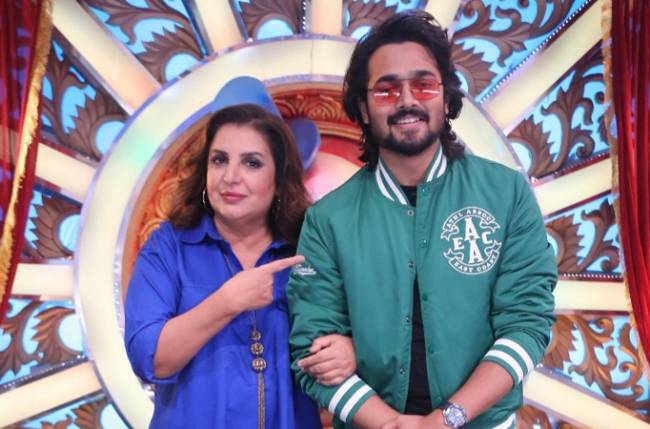 Even as the pandemic continues to cast its shadow of stress, Zee TV is attempting to lighten up the country’s collective mood by offering its viewers an escape from all the stress via the route of rib-tickling comedy through its popular reality show, Zee Comedy Show. While the show has helped every Indian family unwind on their couch with some of India’s top comedians making them LOL their stress away, this Sunday we will see the funny yet dapper YouTuber Bhuvan Bam making a special appearance on the show. Known for his fun-loving persona and great sense of humor, Bhuvan will make the audience howl with laughter, while promoting his upcoming web series, ‘Dhindora’. However, it will be the ten comedians of Zee Comedy Show who will come together as a Team Hasaayenge to make each one of us laugh out loud this time!

While the hilarious acts put up by all the comedians coupled with the witty reactions and comments of our Laughing Buddha Farah Khan left everyone in splits during the shoot, it was Bhuvan Bam’s unexpected revelation that left everyone surprised. Just after Aditya Narayan welcomed Bhuvan on the show, the latter when on to share an interesting anecdote from the time when he had just begun his career and how he went about writing his own web project.

YouTuber Bhuvan Bam revealed, “I was about 20 years old when I started singing in a bar, it was a unique experience for me, I was even given free food during my shifts. That was the perk of my job that I loved. I have always been precise about my work and was always punctual, even if it was my first gig, to now when I have to perform for my YouTube channel. I guess that has helped me get where I am today. I actually started writing my new web series Dhindora four years ago. It’s like my baby project wherein I am playing 10 characters in it. In fact, all of my YouTube characters are in it with a few more. Now when I watch it, I feel glad we pulled it off since showcasing all the characters together was a big challenge.”

While Bhuvan Bam’s revelation will surely surprise all of us, you cannot miss the comic acts by all the artistes of Zee Comedy Show during this weekend’s episode.

To have a hearty laugh and drive away your stress, tune in to Zee Comedy Show this Saturday and Sunday at 10 PM, only on Zee TV.