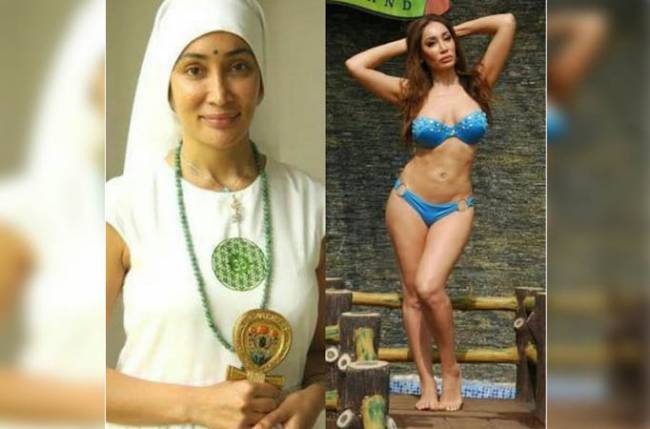 Rakhi Sawant who spoke a length about ban on condom ad and appealed the Indian government to allow her condom ad to air even in the day time. Else she literally said that Indians will suffer from Aids.

Now, supporting her comes on board is Model, Actress Sofia Hayat who has recently introduced herself as Nun ‘Mother Sofia Gaia Mother’

Sofia who claims to be Rakhi sawant’s bestie says “Doing Condom Ad is totally a social activity as you are helping others to engage themselves into a safe sacred sex full of love and alchemy! Sex and the orgasm is the energy from which all that you can see was created by the cosmic Womb.”

“Her (Rakhi) adverts should be aired everytime. She sells it with comedy and fun. Why is everyone taking this so seriously. Condoms have been around for so long. Sex has been around for so long. I cannot believe this discussion is happening in this day and age. The more upfront we are about it and teach it to our kids. The less unwanted pregnancies and sexual diseases. Condomns are respectful! Sex should be sacred and pleasurable. and safe! I tell Rakhi to rock on with her Condom! It is the best condom yet!” Supporting Rakhi Sawant, sofia said in her statement.

Sofia Hayat also said she is open to condom ad with her husband, model and cosmic father Vlad Stănescu.