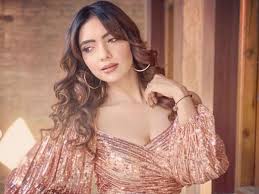 Pooja Banerjee has been an integral part of Kumkum Bhagya.

She plays the role of Rhea in the show and in an exclusive conversation, we asked Pooja that if there is one thing she had to change about her character given an opportunity, what would it be?

Pooja shared, “I would like to change my hairstyle. I do not get time on the set and I would love to have some more time with my hair. I’ll try experimenting again. I was doing it until last December but now I have stopped. I want a more funky hairstyle but my character Rhea is married now so I do not know if that would go with the character. Anything which goes well with Rhea’s look and has unique styles is something I would like to experiment.”

The current track of Kumkum Bhagya is very interesting. Pragya has come from abroad to seek revenge on Abhi and the Mehra family. Finally, Pragya meets Abhi and tells him she is back to destroy him and seek revenge.

In the previous episode, Prachi and Ranbir have finally come to the Kohli house. They will begin a new life there along with Rhea and Sid. Ranbir’s dadi says it’s time to hand over the keys to the daughter-in-law of the house, which is either Rhea or Prachi.