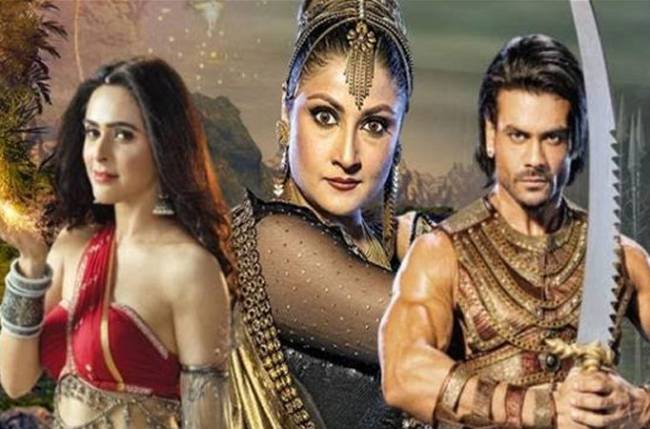 Time to witness some revelations and big twists in the upcoming episodes of Balaji Telefilms’ popular fantasy drama Chandrakanta!!!

The series that airs on Colors has been unfolding some major drama in its recent ongoing episodes after the death track of Chandrakanta (Madhurima Tuli).

The loyal audience of the series would know that Chandrakanta is alive and she was back as Surya to take revenge for her death.

Now, we hear finally Iravati (Urvashi Dholakia) will learn about Chandrakanta being alive. Read on –

Our source informs us, “In the upcoming episodes of the show, Bhadramaa (Maleeka R Ghai) will come out of coma state and reveal all the truth to Iravati that Chandrakanta is alive and she is back in their lives as Surya.”

What is Iravati and Bhadramaa’s next strategy going to be? That would be interesting to watch.

We tried to get in touch with the actors for a comment but they remained unavailable.