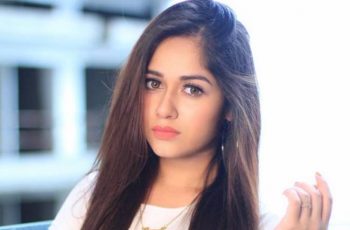 Jannat Zubair Rahmani is a popular name in Telly world. The actress who started off as a child artist playing small roles, has now become a popular face among the viewers. Jannat has come a long way in her career since the time she made her debut in 2010.

The actress was first seen in Dill Mill Gaye in 2010. And since then, Jannat has been a part of number of popular TV serials. After Dill Mill Gaye, she did shows like Kashi – Ab Na Rahe Tera Kagaz, Matti Ki Banno, Fear Files, Ek Thi Naayka, Bharat Ka Veer Putra – Maharana Pratap, Savdhaan India, Code Red among others. Jannat has been quite experimental about her roles and we can see this since the start of her career.

Jannat went on to bag some interesting offers in past few years and today she is counted as one of popular stars of the small screen. The actress’ career is rising high every passing day with the choice of her roles. Jannat also won hearts with her performances in shows like Tu Aashiqui, Meri Awaz Hi Pehchaan Hai, and Shani.

The actress has received several accolades for the roles in every show and also developed a huge fan following at such a small age. Jannat’s growing popularity definitely proves that she is here to stay and become one of the top most TV star. Giving a tough competition to her contemporaries, Jannat is likely to become a gen next rising star. What do you think about Jannat being the next rising star? Share your views with us in comments.