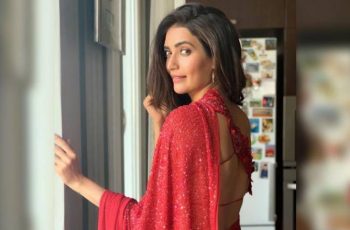 The entertainment fraternity is constantly on their toes trying to meet ends and deadlines of work. Actors too bring the best of themselves on celluloid.

One of those is actresses is Karishma Tanna, who has worked extremely hard to reach where she is today. She is well known for her roles in Kyunki Saas Bhi Kabhi Bahu Thi, Naagarjuna – Ek Yodha, and Qayamat Ki Raat. She was a contestant and first runner-up also participated in Bigg Boss in 2014 and appeared in other reality shows like Zara Nachke Dikha, Nach Baliye, and Jhalak Dikhhla Jaa.

She was most loved in her previous shows Naagin and Qayamat Ki Raat, and we look forward to seeing her in the next season of Khatron Ke Khiladi!

After her Bollywood debut in Grand Masti, she starred in Sanjay Dutt’s biopic film Sanju opposite Ranbir Kapoor.

With a good mix of television shows and Bollywood movies to her credit, Karishma also was seen touring and exploring different places, and it looks like she is now back after her mini-vacation and shoot abroad for Khatron Ke Khiladi. The actress took to social media to share that she is shooting for something special, and of what we can make out, it looks like a shoot for a fashion clothing brand.