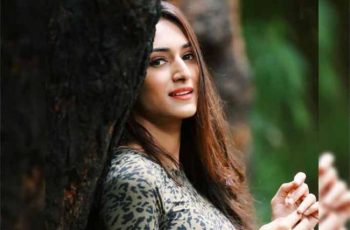 The popular actress Erica Fernandes is known for her television work. She has mesmerised the audience with her acting chops. The pretty lady is also known for her style statements. Her style game is always on point.

Erica is quite active on social media. She regularly shares something to treat her fans. Her latest post is a beautiful one. The actress took to her Instagram handle and shared a stunning picture of herself. In the photo, Erica can be seen clad in a white shirt with a black pencil skirt. With iconic makeup and her hair styled perfectly, Erica looked every bit of a diva. Her expression surely added the oomph factor to the photo and her fans just couldn’t take their eyes off her. Erica also penned a motivating caption along with the photo.

On the professional front, Erica is known for her portrayal of Dr. Sonakshi Bose in Kuch Rang Pyar Ke Aise Bhi. She is currently wooing the audience with her performance in Ekta Kapoor’s show Kasautii Zindagii Kay 2. She plays the female lead role in the show and is seen opposite Parth Samthaan.