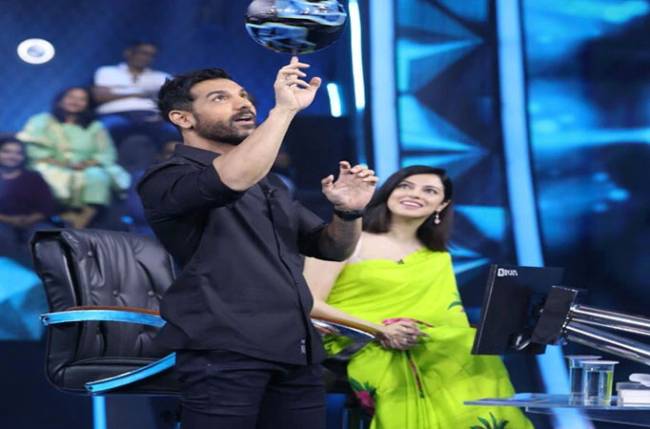 Action man John Abraham recalled his shooting days with Abhishek Bachchan on the film ‘Dhoom’ and also talked about their shared interest in football.

John and Divya Khosla Kumar along with producer Nikkhil Advani will appear on the Friday special episode of ‘Kaun Banega Crorepati 13’.

The ‘Satyamev Jayate 2’ cast will share some moments from their personal lives and also share industry experience.

John will be seen throwing light on his shooting days with Abhishek Bachchan in the film ‘Dhoom’ and also talk about their shared interest in football.