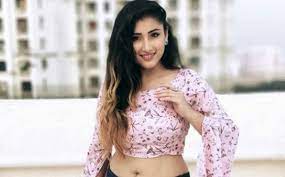 Popular entertainment channel Sony TV has some amazing line-up of shows in the upcoming days.

Sony TV has always managed to wow the viewers with its excellent content over the years.

A few days back, the channel saw a new show hitting the small screens which is Kaamnaa.

Actress Nidhi Bhavsar is also seen playing a pivotal role in the show.

We got in touch with actress Nidhi who spoke at length about the show and much more.

What type of character are you playing in the show? How relatable is it to you?

What were your thoughts when you were offered this role?

This happened all of a sudden as I didn’t know about the makers and all. I knew that they had have produced Chhoti Sardaarrni. At a later stage, I came to know that the team is looking for a girl to play this character. It was a two-week-long audition process. It was not an easy process. There were several discussions going on and later, I was finalised for the role.

After doing a negative role in Pinjara – Khubsurti Ka, what made you take up this simple role?

I always wanted to switch between the natures of the character that I play. I have already played a negative role and I wanted to try something different. I don’t want to get typecast. If I keep switching between the characters, it will be easy for me to explore and show my new side to the viewers. When you play a negative role, it is so challenging as you have to do so many things. However, when you play a simple role, you don’t have much to do but you still need to make your challenging and convincing which requires a lot of thinking to bring out the creative side.

Nidhi is paired opposite Ashish Singh in the show.

She is shown friends with Abhishek and Chandni in the show who play the role of Manav and Akansha.