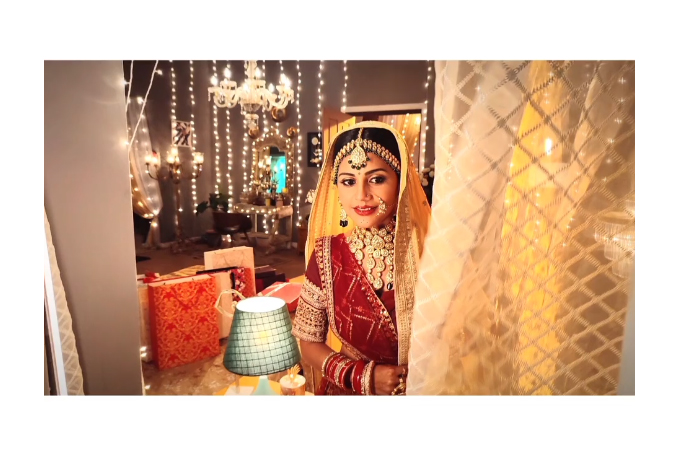 MUMBAI : Tvnation is back with another BTS update from the show. Megha Chakraborty and Seerat Kapoor aka Imlie and Chini respectively, are being loved by the audience for their performances on the show. Karan Vohra does a great job playing Atharva. Recently, Atharva and Imlie got married while Atharva still has feelings for Chini.

Imlie is doing well on the TRP charts and stands third on ratings. The audience seems to be loving the new star cast and fresh plot of the show.

And not just that, we know how much our viewers enjoy watching some off-camera banter that goes on, on the sets of the show.

It is always fun to know what happens off camera on our favorite shows and gathering little tidbits from the lives of our favorite stars.

Recently, we came across a post of Megha Chakraborty aka your beloved Imlie. Megha often keeps her fans updated on her social media with little tidbits of her life.

She shared a beautiful picture of herself and she is dressed up as Imlie and looks gorgeous in this white saree.

Megha is one of the most talented beauties of telly town and is gaining a lot of praises for her stint as Imlie.

Do let us know in the comments below!

Meanwhile on Imlie, we see that Imlie and Atharva had to spend a night in jail and Atharva took great care of Imlie.

Imlie couldn’t help but think that maybe Atharva loves her too but soon her dream is shattered when she overhears Atharva telling someone on call that he loves her.

Imlie is heartbroken over hearing that she is just a friend to Atharva when she lost her heart to him and confronts him about hiding his feelings. She makes it clear that she would have made it easier on Atharva had she known that he loves someone else.