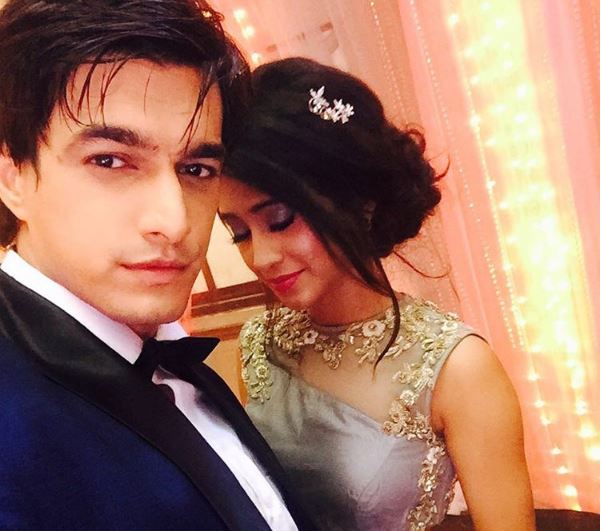 The actress puts her link up rumors to rest.

Seems like Star Plus’ Yeh Rishta Kya Kehlata Hai is cupid’s playground. After Naksh (Rohan Mehra) and Gayu (Kanchi Singh), his target this time is the lovely KaIra a.k.a. the jodi of Karthik (Mohsin Khan) and Naira (Shivangi Joshi).

Sudden reports of the duo’s apparent closeness on the sets of their hit show have started to pave the path for rumors of them dating each other.

According to a few reports, the duo has been seen spending their free time during their shoot together, and are inseparable.

We then contacted both the actors, who vehemently denied the news. Said Shivangi, “There is nothing like that. He is my co-star and a very good friend . And we are not dating.”

Where Shivangi gave us the cliched ‘we are good friends’ response which we believe, Mohsin seemed shocked. He said,”No.” He also requested people to not spread such rumors.

Even though there is no truth to these rumors, we are pretty sure that their fans would not mind seeing their favorite on-screen jodi turn lovers off-screen as well.