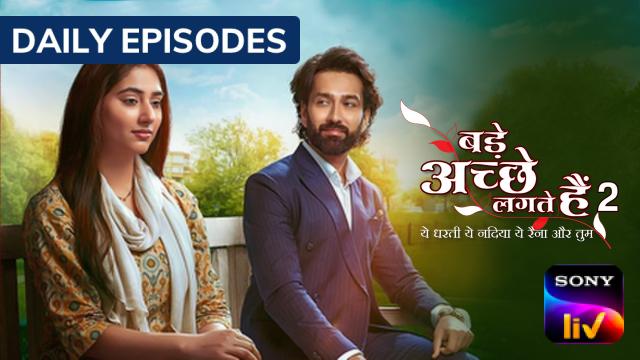 MUMBAI: Tvnation is back with yet another update from the telly world. Ekta Kapoor’s popular drama series Bade Achhe Lagte Hain 2 has been constantly witnessing interesting twists and turns in the story. The viewers are left at the edge of the seat with the intriguing track that has been currently seen in the show. It stars Nakuul Mehta and Disha Parmar in the leads.

In this video, we can see the cast of the show is shooting in a serious mode in Kapoor office. Looks like fans are going to witness something exciting in the upcoming episodes.

Meanwhile in the show, we see that the bitterness between Ram and Pihu has ended and they have become friends. It is a heartwarming sight to see Ram and Pihu together happy and smiling. In the upcoming track, Pihu forgives Ram, lecturing him that he should never break a promise.