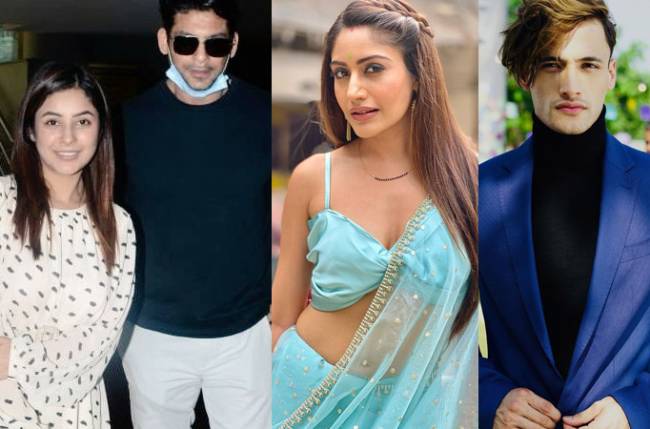 Hina Khan is one of the most influential and popular faces of television. The actress began her career as a television bahu but later transformed herself into a ravishing diva in the reality shows she participated in.

She was last seen as a toofani sernior in Colors Bigg Boss season 14 where she helped and guided the contestants.

Hina seems to be on a roll, as recently, she won the best actresses award internationally, and now, she has topped the list of the most Googled searched personalities of Indian television.

The diva is followed by Siddarth Shukla and Shehnaaz Gill, whose fan following is to another level, but Sid is on number two whereas Shehnaaz on is number three.

On number four we have Naagin actress Surbhi Chandna, who is also loved by the audience for her character of Bani in Naagin 5.

At the 5th position, we have Asim Riaz who is still being Googled post his stint in Bigg Boss 13 and for all his music videos that were out last year.

Well, most Google searched personalities are connected to the reality show Bigg Boss and Naagin.

Who said Bigg Boss doesn’t give recognition? Shehnaaz and Asim were not known before participating in the show, and they are no less than superstars on television today.

Congratulations to all these stars!