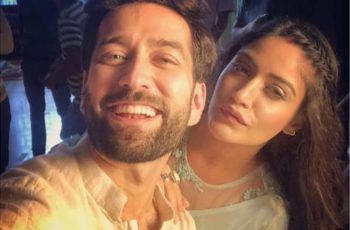 MUMBAI: Here’s some good news for the fans of onscreen Jodi, Surbhi Chandna and Nakuul Mehta! The actors might come together for a project.

Surbhi Chandna and Nakuul Mehta were seen as a couple in the hit show Ishqbaaaz. Nakuul played the role of Shivaay Singh Oberoi, while Surbhi was seen as Annika, Shivaay’s wife. Together they were called ShivIka. Their onscreen chemistry was immensely popular among the viewers.

When the generation leap happened, along with the rest of the cast Surbhi had to make an exit from the show. This development broke the hearts of the fans of ShivIka. Post leap, only Nakuul continued to be a part of the show, and played the role of ShivIka’s son, Shivaansh Singh Oberoi.

According to latest media reports, the hit pair has been approached for the remake of Sanjivni, and that both Surbhi and Nakuul are in talks with the makers of the show. Things are in the initial stage and nothing has been finalised yet.

However, fans will have to wait until the makers and the stars confirm the development.

Are you excited to see Surbhi and Nakuul again onscreen? Hit the comment section.