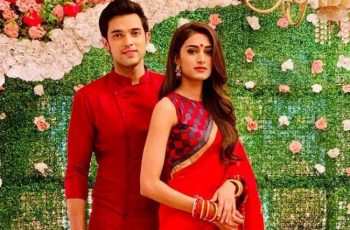 MUMBAI: We recently reported about Parth Samthaan and Erica Fernandes having a lot in common from their love for babies to their mothers to their dedication and commitment to their profession.

The two are seen opposite each other in Star Plus’ Kasautii Zindagii Kay and are doing a fabulous job as Anurag and Prerna respectively. And looks like they not only impress the masses equally on television but on their social media handles too!

Why do we say this?

Yes, Parth and Erica both have 1.5 million followers and they both happen to follow 58 followers…not a number here or there!

By the looks of it, Parth and Erica seem to share some common personal favourites! What say?