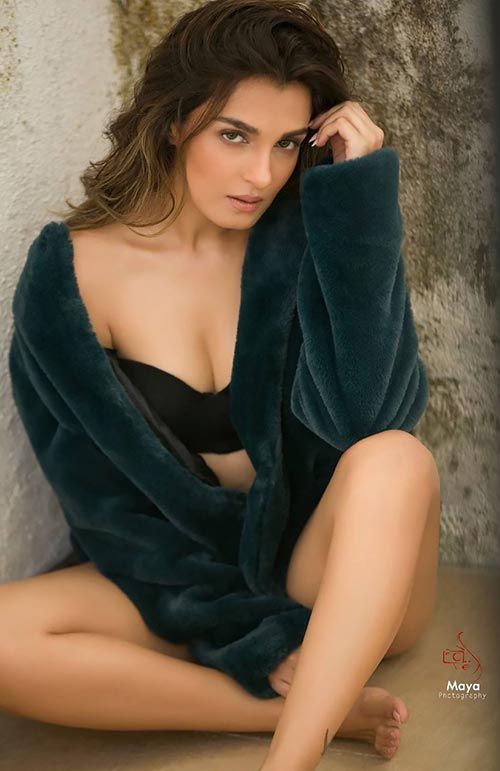 Telly actress Shiny Doshi is one of the most popular telly faces in the entertainment industry. After a long hiatus post-starring in Saraswatichandra, the actress made her way back before the small-screen for playing the female lead role of Dhara Pandya in Star Plus’ one of the leading TV shows, Pandya Store.

Shiny Doshi is one of the prettiest actresses in the entertainment industry. Not just her look, her fitness status, style statements and on-screen acting chops are absolutely nail-worthy.

She’s seen portraying typical subtle Indian girls and women on-screen, who goes berserk only when there’s an emergent crisis in the show’s plot. This reflects a lot about her flawless professional versatility, possessing which is a boon when in the entertainment industry, for the enhancement of dynamic characters on-screen.

On her personal front, after a courtship of 3 years, telly actress and Pandya fame Shiny Doshi finally tied the knot with her beau – businessman Lavesh Khairajani on 15th July 2021; in an intimate ceremony of only 25 people’s gathering. Right after that, the actress filled up her Instagram’s wall with pictures from their pre-marital, marriage and post-marital ceremonies.

Now recently, Shiny uploaded a special picture on her Instagram handle, wherein one can see her decked up as a beautiful bride. However, what grabs our eyeballs to it is witnessing Shiny striking a mesmerising pose with her mother. Together, the mother-daughter duo is slaying like ‘absolute queens’.

While the actress is decked up in an all-red gorgeous bridal ensemble of a beautiful red Chanderi saree, kundan jewelleries (in earrings, necklace, maang-tika and nose pin), the heavy bridal red and golden set of churas that cover both her arms and definitely her beautiful red veil which is covering her head; Shiny’s mother is totally slaying in a red and cream-based ensemble – including a gorgeous cream saree with golden embroidery running throughout it’s body which is smartly paired with a contrasting red blouse, a beautiful pearl necklace and heavy golden earrings, a gajra (flower-lace) tied around her bun and is flaunting a minimal makeup look with only red bindi and lipstick.

Reacting to her gorgeous post, telly stars and celebrities like Ashlesha Sawant, Alpana Buch, Palak Puruswani, Arti Singh among others showered their compliments for the mother-daughter duo in the comments section below. 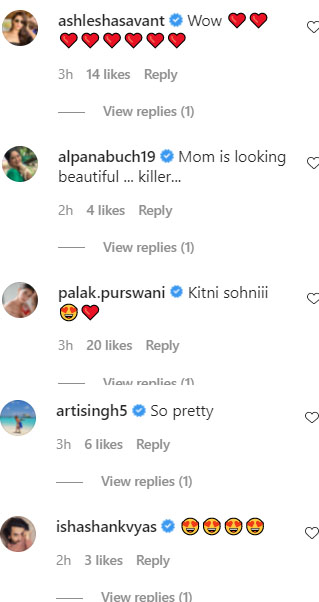