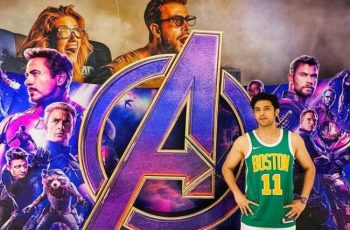 MUMBAI: The much-awaited film Avengers Endgame has finally hit the theatres, and it seems just like every other fan, actor Parth Samthaan too has been hit by its fever.

Produced by Marvel Studios, it is an American superhero film based on the Marvel Comics superhero team the Avengers. The film is hugely popular among the audience. Marking the highest occupancy, the film has created a storm all over the world.

Yesterday, Parth Samthaan took to Instagram and shared a picture wherein he can be seen posing by the poster of the film, and to say the least, his post does perfectly encapsulate the emotion of every Marvel fan ever.

He captioned the picture as, “It’s not just a film ….Whatever it takes !!.”

On the professional front, Parth Samthaan is currently seen in Kasautii Zindagii Kay wherein he plays the role of Anurag Basu.