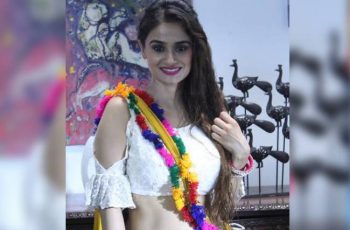 MUMBAI: Actress Shalini Sahuta, who was last seen on television a while ago, is back in action with &TV’s episodic series of love stories with a supernatural twist- Laal Ishq. The svelte actress has given some brilliant performances on the small screen in the past and is all set now to enchant the audience. Talking about her character, Shalini says, “I play the character of Saloni, a beautiful village belle in Laal Ishq. My character will bring in a major twist in the story. I will be seen in a never-seen-before avatar with the lingo of a villager something that I briefly prepped for. The most interesting part is that I play both the heroine and the vamp. I am excited to explore the supernatural genre which has an interesting romance angle too, it’s like getting the best of both worlds from an audience point of view too”

The story revolves around a resort which is visited by five star cricketers who are on their way to Dharamshala for team selection. The resort is managed by Saloni (Shalini) who lives there alone and eventually is attracted to one of the cricketers, Samrat. As their love story and chemistry gradually evolves, absurd events start occurring where one by one the team mates start disappearing. The unusual happening will take the viewers through a rather dark epiphany.

Shalini is returning to the small screen after a short sabbatical which was a deliberate break. Ask her what kept her away from the medium and she replies, “Yes, I have been on a break from television. Meanwhile, I travelled extensively and did some photoshoots in Paris which I absolutely enjoyed. I’ve also been spending time doing some intense training, learning gymnastics and boxing. I wish to branch out in films now, and also have some projects in the pipeline. You don’t get that kind of time to focus on yourself and learn new interesting things while doing a daily soap. However, I took up ‘Laal Ishq’, because the concept really intrigued me and I haven’t taken up anything similar in my career so far.”