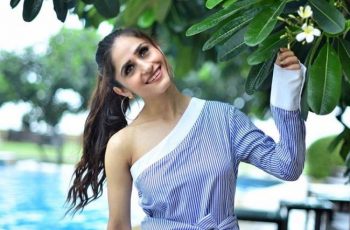 Apparently, Hunar has been roped in to play the character of Rukmini. Sources reveal that the actress has been finalized after an extensive search. Hunar has been a part of many popular shows on television like Kahani Ghar Ghar Ki, 12/24 Karol Bagh, Sasural Genda Phool, Dahleez and Thapki Pyaar Ki.

Earlier, we reported that Ravish Desai was finalised to play Lord Vishnu, but later the makers decided to cast Ssudeep Sahir in the role. Ssudeep already plays Lord Krishna in the show and the creatives of the show have decided to portray Ssudeep as all the avatars of Lord Vishnu, which means he will also be seen in the character of Lord Rama in the show.

Meanwhile, a good storyline and a good star cast has failed to fetched good ratings for the show.

Well, we will have to see if the new track helps the show to rise on the BARC meter!