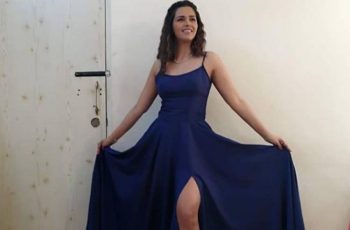 Bigg Boss 13 has finally kick started with a blast and we cannot contain our excitement for the upcoming episodes! Superstar Salman Khan has returned as the host of the show for the 10th consecutive time much to the excitement of the fans. Another interesting part of this season is that only ‘celebrity’ contestants have taken part in the show this time.

Television actress Dalljiet Kaur is among the contestants who have taken part in Bigg Boss 13. She made an entry into the show via an emotional video through which she conveyed the fact about being a separate mother.. Post that, Dalljiet revealed that Bigg Boss 13 marks her second innings in life and that she is open to finding love again.

On the professional front, Dalljiet was last seen on the show Guddan Tumse Na Ho Payega. She was previously married to actor Shaleen Bhanot whom she divorced back in the year 2015.

It will be interesting to see whether the beautiful actress will be able to keep aside her emotional turmoils and survive the show in the upcoming days or not.